One of the biggest names in film production in India, Yash Raj Films, often called YRF, is the name behind some of the biggest blockbusters and has churned crores over the years. For cinephiles, its mere association with a movie means a good experience at the theatres. But, if you look at the data of YRF productions, the misses outnumber the hits. Its efforts at creating content are not translating into windfall. Its last production Bunty Aur Babli 2 failed to work at the box office despite the hype. There have been 14 flops over 11 hits in the last decade.

The last film that came from the banner was Bunty Aur Babli 2 which couldn’t charm the critics and audience and settled with a box office collection of Rs 11.98 crore (nett gross). Mardaani 2, that released in 2019, also only managed to have an average run at the cinema halls and earned Rs 46.33 crore. Its big-ticket release Thugs Of Hindostan (2018), starring biggies like Aamir Khan and Amitabh Bachchan, was expected to set the cash registers ringing but it fell on its face upon release. It earned Rs 138.34 crore, which might seem to be a good number, but given the budget of the film which was assumed to be Rs 240 crore, the film was declared a flop. The box office performance of YRF movies in the last 10 years. Daawat E Ishq, Qaidi Band and Thugs of Hindostan are among the flops of YRF.

The movies that kept YRF afloat were War, and the hit Tiger and Dhoom franchises. After Ek Tha Tiger’s humongous success (Rs 186.14 crore) in 2012, its sequel Tiger Zinda Hai did a business of Rs 292.71 crore. The third film in the Dhoom franchise, Dhoom 3 is an all-time blockbuster for YRF. Its collection stands at Rs 260.63 crore. Salman Khan’s Sultan (Rs 300.67 crore) and Hrithik Roshan-Tiger Shroff’s War (Rs 292.71 crore) also minted moolah for the production house.

Even with some box office debacles, YRF has managed to rake in profits. You may ask, how? Film exhibitor Akshaye Rathi explains, “YRF is very different from all the other companies that produce movies at a significant scale in India. The difference is all other companies are partners with some studio or another. Like Dharma (Karan Johar’s production house) started doing movies with Fox Star, they did some movies with Viacom where the movies are funded, marketed, and distributed by Viacom, and the ownership of IP is shared between multiple entities. The same is the case with most other producers. Most of them are producers or content producers. Yash Raj Films is an IP management company. 100 per cent of the IP of the content produced by Yash Raj Films is owned by them and that is a very envious position to be in.” 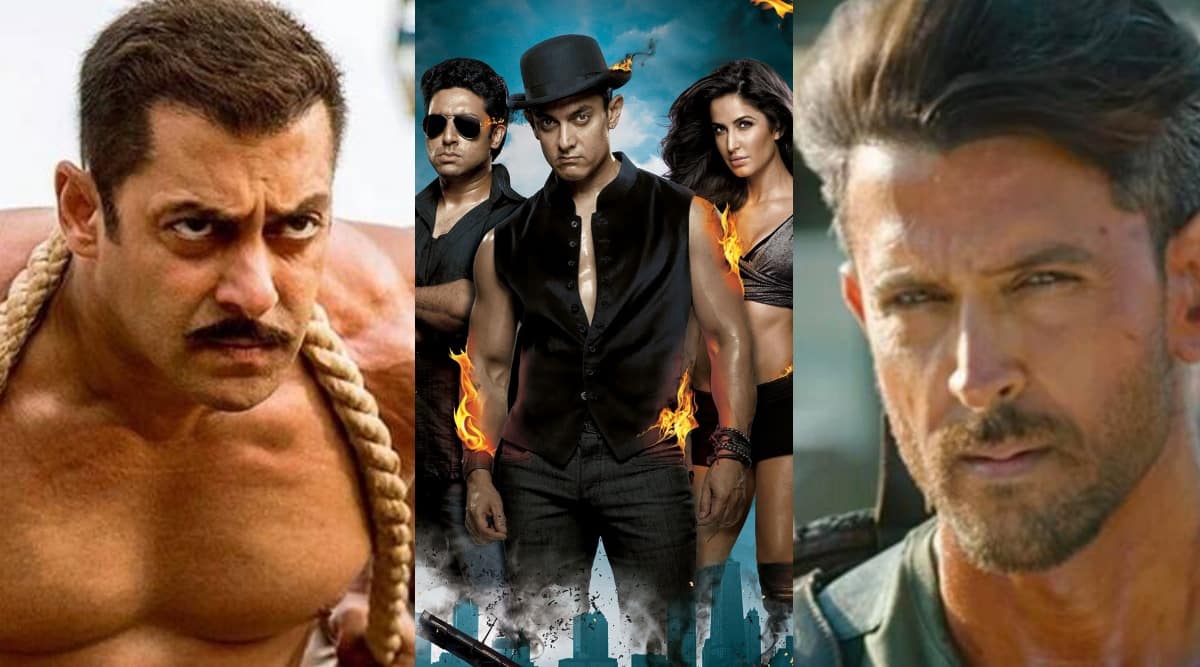 Sultan, Dhoom 3 and War are among the top-earners for YRF.

He continued, “So, even if films do not do well at the box office, they do have a great satellite value or streaming value. For example, Sandeep Aur Pinky Faraar did not do much at the box office but got some significant traction when it came out on Amazon Prime Video. Now with IP being 100 per cent owned by YRF, they eventually made a significant amount of money, which helped them stay afloat and keep churning money. This is something very unique to YRF. So, if XYZ movies don’t do well, over a period of time, other avenues like satellite rights, streaming rights and music rights sales, bring money back to them every few years.”

However, film producer and trade analyst Girish Johar feels the production house definitely needs to be mindful of what movies it associates itself with. He said, “Today is the right time to contemplate what they want to release next year. Everyone needs to pull up their socks and understand what the audience wants. The audience today has changed due to OTT releases and they have a lot of options.”

Now, with their upcoming release Jayeshbhai Jordaar, YRF might have a ‘sigh of relief’. Johar opined, “Had it been a Tiger or Dhoom franchise film, I could have said they will break the spell in a big way, but Jayesbhai Jordaar can give only a sigh of relief to the production house.” Directed by debutant filmmaker Divyang Thakkar, the upcoming social comedy is led by Ranveer Singh. It revolves around Singh’s character, the son of the village head who is under pressure from the family to produce a male heir. It also stars Ratna Pathak Shah and Shalini Pandey.

Akshaye Rathi believes, “KGF 2 has now simmered down to a level where other movies can co-exist and can do well simultaneously”. He gives a good chance to the Ranveer Singh-starrer at the ticket windows. “The only thing that can make or break Jayeshbhai Jordaar is the merit of the film. The audience has become very selective about what is worthy of their time and money when it comes to going to the theaters, and any movie which gives them these will be consumed,” he said.

Though he suggested that the film will not get a ‘ballistic’ opening, it holds “merits to be able to pick up with word-of-mouth and grow its figure day-on-day.” Rathi pegged the film’s opening day collection at Rs 6.5 crore. It is expected to screen on 1500-2000 screens across India.